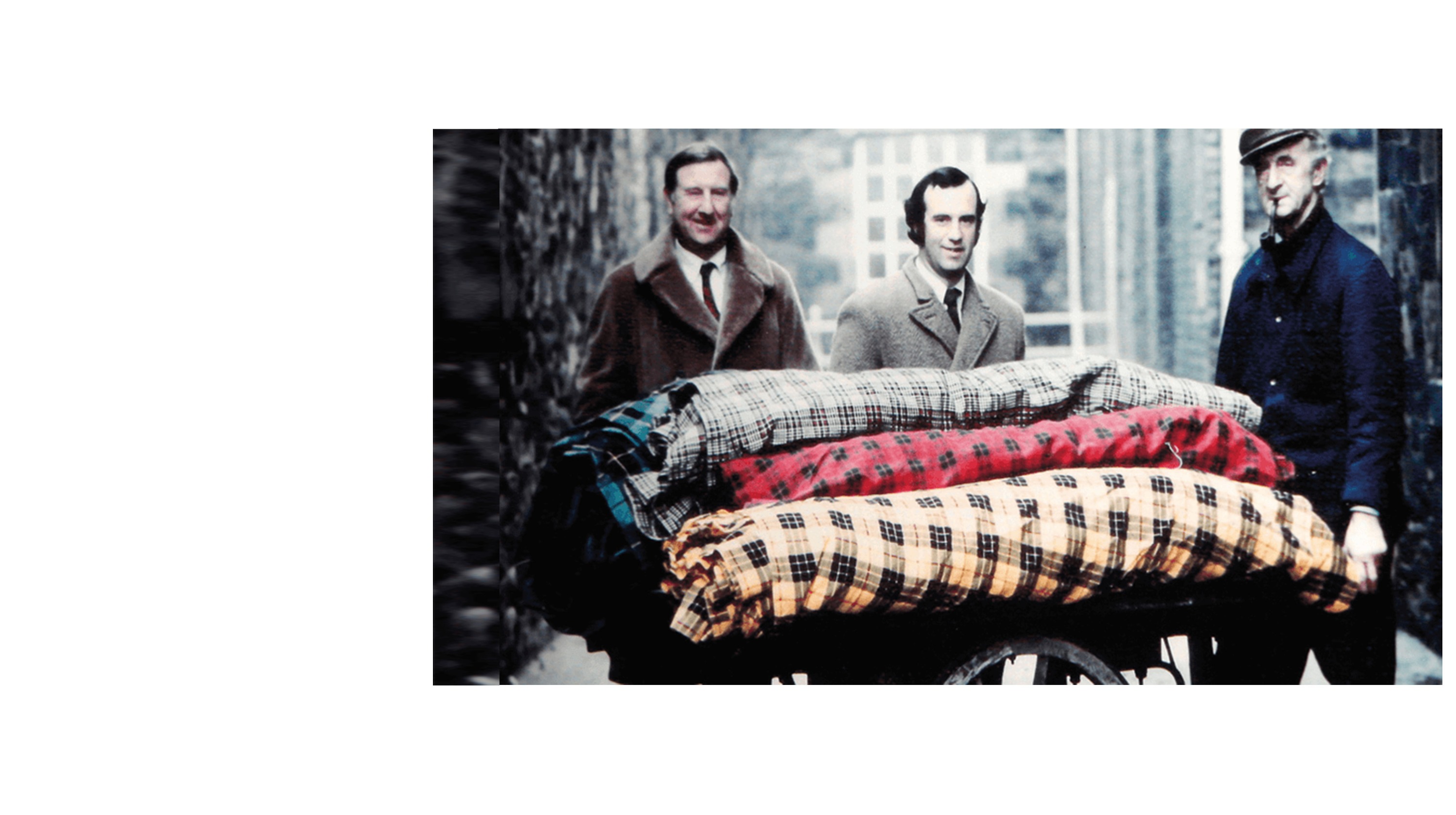 We take immense pride in the tartan textiles we make here in Scotland, with tartan being the thread woven through our history and is the story of our future. We aim to continue to reinvent and capture the enduring spirit of tartan and Scotland in each of our fabrics, scarves and accessories.

With over two hundred years of rich textile heritage, skilled craftmanship and contemporary design, Lochcarron of Scotland has been committed to developing some of the finest and traditional Scottish fabric from the beginning, constantly adapting to the new machinery and technology that fuels the textile industry. Traced back to 1892, the family business adapted to the market changes that they were faced with during World War II. Building a strong foundation of knowledge and passion that was sold onto Mr John Morris Buchan, Lochcarron of Scotland in its current state can be traced back to this time in 1947. It was then that a small weaving mill in the village of Lochcarron, supporting local crofters began.

Specialising in tartan fabrics and accessories, markets for the tourist trade became strong in the 1950s and 1960s. This strength was seen not only in Scotland, but also stretching out into the markets of Canada and America, who supplied Scottish Tartans and highland wear outfits to across the globe. During this time, new fabric qualities were developed and opportunities for imported textiles for the fashion markets were recognised.

Over the years Lochcarron of Scotland has expanded its business opportunities and with that, it’s location. With our HQ located in Selkirk, the Scottish Borders, our production process is streamline and efficient, preserving the traditional crafts involved in the textile trade and keeping quality at the forefront of our brand. We take immense pride in the tartan textiles we make here in Scotland, with tartan being the thread woven through our history and is the story of our future. We aim to continue to reinvent and capture the enduring spirit of tartan and Scotland in each of our fabrics, scarves and accessories.

In 1962, the brand expands and moves into a bigger premises in Galashiels, just six miles away from our current HQ in Selkirk, 2022.

Our portfolio was extended in 1974 with knitwear being added to our range.

Lochcarron of Scotland helped host Fashion 88’ in 1988, which promoted Scottish Borders Textiles to an international stage with high profile designers.

The 90s were a big decade for Lochcarron of Scotland. Welcoming visits from Princess Anne, major investments into machinery and production equipment, new distribution offices set up in the USA and Canada and the launch of our still popular Diana, Princess of Wales Memorial Tartan all took place.

In 2006, the company relocates to our current premises in Selkirk, into what was once Gardiners of Selkirk mill and is now Waverley Mill.

2011 sees a change from the East as Lochcarron of Scotland is bought by the Korean retailer Eland, welcoming new investments to machinery throughout the company.

…and in 2022, Lochcarron of Scotland are looking forward to celebrating our 75th Anniversary and reconnecting with customer through our popular Visitor Centre that is relocating into our HQ Mill. We will continue to flourish and reflect on the history of craftmanship, heritage and friendships that have evolved over the years, while developing and adapting to key influencing factors in modern times.